The SS Daisy Legal History Committee is pleased to announce second edition reprints of two popular volumes: The Face of Justice on Newfoundland’s Northeast Coast and Barrels to Benches: The Foundations of English Law on Newfoundland’s West Coast.

The Face of Justice on Newfoundland’s Northeast Coast

First published in 2012, the essays contained trace the development of justice over Newfoundland’s northeast coast from the migratory fishery of the 18th century to the pre-confederation debates of the 20th. They were written by academic, public, and community historians and reflect the growing interest in our legal history both within and outside the university community. Contributors include: Dr. Melvin Baker; Hon. Gerald Barnable; Dr. Jerry Bannister; Robert Cuff; Christopher Curran, Q.C.; Jim Miller; Gerald Penney; Dr. Hans Rollmann; and Linda White, with an introduction by The Hon. J. Derek Green.

This volume explores the development of English Law on Newfoundland’s West Coast. Edited by Dr. Christopher English in 2010, the essays in it were written in celebration of the official opening of the Corner Brook Consolidated Courthouse on May 3, 2010. They continue to offer fresh insight into the interplay of international, national and local colonial interests in this area of Newfoundland and are rich in the identification of themes and issues as yet only in their initial stages of research. The contributors to this volume are: Dr. Christopher English; Dr. Olaf U. Janzen; Dr. Michael Wilkshire; Dr. James K. Hiller; Christopher Curran Q.C. and Dr. Melvin Baker. The Hon. Clyde K. Wells wrote the epilogue to the volume.

The occasion of second edition reprints offered the opportunity for the addition of Name and Place indexes to both volumes. This significant improvement is intended to make the volumes more accessible for researchers and the general public. The volumes also benefit from the correction of a small number of typographical and other inadvertent errors in the original texts.

Copies are $20 each, inclusive of GST, and can be purchased by contacting the Law Society Law Library at (709) 753-7770 or by emailing lawlibrary@lsnl.ca. A complete list of the SS Daisy’s publications can be found at lsnl.ca/publications-and-forms/publications/project-daisy 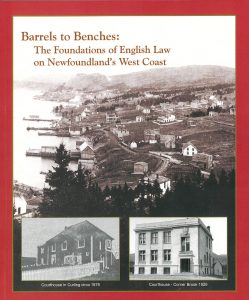 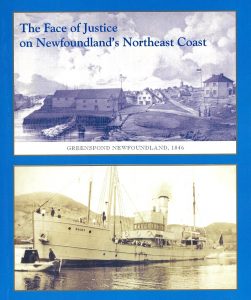